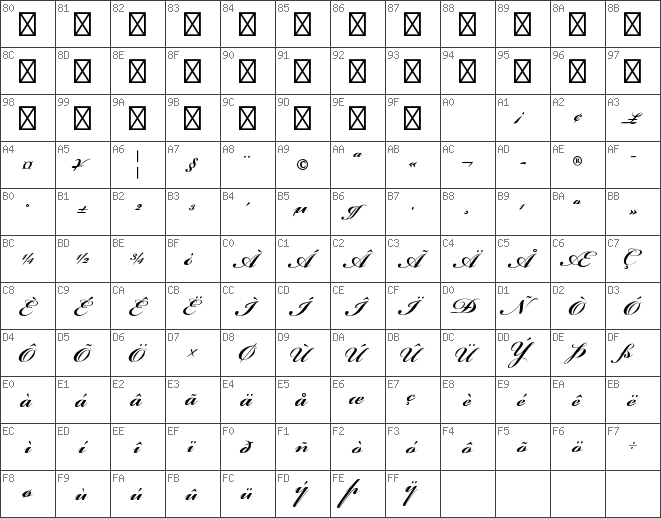 David and Anne-Marie included Zapf Dingbats in their list. There needs to be a way to include dingbats.

Especially to show how to get the finger pointing symbol for bullets. Fast Forward: Auto Sync is now in place during install, but a person who did not do a recent install gets a packaged file Typekit fonts are not packaged and so they may have missing fonts. But David and Anne-Marie brought up a big point. Auto-syncing fonts from Typekit works in a scenario where the install is being done over the Net.

Anything that requires an Internet connection will not work in a great many scenarios.

InDesign is a professional tool. It seems to me that the installer payload for InDesign should include a set of fonts that would create a similar OOB experience to the earlier, perpetual licensed versions. They should be there, and they should also be available on a permanent license basis for a heavily-discounted rate. Those trainees talk to their managers. Those managers write the proposals and sign the purchase orders. Typekit is quite deficient, actually, unless you are a web-only designer. Designers generally, if they have any sense of responsibility to their firms, their studios or their clients, require permanent availability of any critical items they put into their work.

The only way to ensure that is with a package. Subscription fonts are not packaged, so they are useless in that regard.

That is a point that someone with an MBA and no design training will totally fail to grasp, yet that person may have considerable control over the product strategy. There are plenty of other important considerations where that one came from. That is what worries me, not the sincerity of the product teams or their enthusiasm. On this forum, and in this comment thread, you have some of the most widely listened-to opinion leaders on the subject of design software.

But we are ultimately responsible to our clients, not our vendors, even if a vendor is deeply entrenched in our workflow. If you are truly listening, then perhaps it would be a good idea for you read the above. Product teams have to sell to their management the features their customers are asking for. But it turns out we can help. If even a few customers tell a clear story about why something is needed and the impact of its absence, the product teams can take that story back to management and marketing and use it to reinforce their pitch.

What David and Anne-Marie have done here, reinforced by several comments, is tell the story.


If we all carry that detailed narrative to the people we talk to at Adobe, they can pitch it to the people they talk to, and we have a strong shot at effecting a change for the better. Adobe might want to consider a suggestion I offered shortly after CC came out. The user can designate that money be spent in any way he or she likes, choosing the app and the feature.

Or he could spread that money around to different apps and features. Adobe would inform users of the cost of a new feature and how much has been contributed toward it thus far. If a feature is almost fully funded, users could encourage others to put it over the line.

How to Add Fonts to inDesign

Any additional income could be used for enhancements to that feature or put into a fund for general improvements to the app. Have fun with that, Mike. And there are no articles I could find on what fonts might come with Quark. Quark Inc. Interesting new problem and discussion.

I cannot believe these essential fonts are being withheld. That way, in class, I never worry about a machine missing fonts. Yes, different classrooms and training centers vary widely on what is pre-installed on their machines. And they are still free. This can cause trainers and educational institutions problems when a class starts.

They have to have a CC subscription to use the same fonts. Technically this was always the case, but it was hardly supported. Now Adobe says that the wealth of fonts in Typekit makes up for it and then adds so many more.


But I would very much trade the use of Typekit for the convenience of permanent installed fonts that I know I can rely on my students and clients to already have installed. It's just a pain at the start of a class to have a missing font message. And it doesn't make me look good as an instruction. BTW, Typekit said, in April that they have a "growing" library of 1, fonts. But a quick search for the word "Slab" shows only 6 out of 13 fonts can be used on the desktop for print.

A search for Display has only 14 out of 32 fonts for print. So suddenly those 1, fonts are reduced to Typekit started as a service for web-based fonts and they service that market heavily. Good points, Sandy.

I just reviewed my last two years of work, and I used a Typekit-only font in only one minor piece that was a one-off. I still buy full licenses for the fonts I want to use for client projects. Accidents happen. That feeling might stem from the upsets I had to handle with website clients when Business Catalyst came in and the old Live Edit or whatever it was called went away.

I had to backtrack and transition clients away from that to using Contribute. In some cases I just moved them to WordPress. Trust is a delicate thing. I trust the InDesign team completely. Even the Adobe product teams were caught by surprise when subscription-only came in. When was the last time Adobe has taken their users seriously and paid them the respect which should be appropriate in dealing with someone who bought their products for thousands of dollars, euros or whatever? Crappy localization of non-english versions, persistent bugs that are not taken care of and not consistent keyboard shortcuts and ways of handling corresponding features that stay as they are for years and years.

I recently bought Affinity Photo and am going to purchase Affinity Designer as well. Unfortunately, we will have to wait until the beginning of next year for that. So, as far as I am concerned, it is time to move on. Strange, I find InDesign quite stable even when working with scientific texts several hundred pages long.

Crashes are rate and almost always my latest edits are saved. I seemed to have picked up hints that ID product development has moved from Seattle to India. I wonder if that shift could have created an intractable bug for you and the sorts of documents you create? Integrating fonts into their cloud is impressive, but I use the same few fonts in book after book for consistency sake.

That feature does nothing for me. And having stock photo integration is nice. But I was having no problem with using fonts from other sources. A few more book features in ID, particularly well-done end of chapter or end of book endnotes. With those scientific books, I have to manage converting hundreds of footnotes from Word into contrived endnotes within ID. That should be built in. Few books published since the s use footnotes. Almost all use endnotes. One book layout problem is converting mere dashes to N and M-dashes.

Doing that, I have to wade through hundreds of dashes in web references, taking care not to convert any of them. One simple feature would end that labor. Done right, assigning styles and index entries would be far easier. I have had services that suddenly vanished without notice and could no longer be found anywhere on the web.

I have avoided putting my business at risk by being held hostage by SAS providers. This is part of a larger pervasive issue with Adobe product structuring that is seriously onerous. I have yet to see any clear reason why CC is better and many reasons why it is more difficult to use. I am a marketer, BTW. I tried CC on one of my test backup computers and it was so onerous to use due to the way it forces an Adobe ID login.

In the summer I work from a beach cottage that has spotty wi-fi connectivity and I need to be able to work without being logged in. I also run emergency storm communications for several public agencies in the Northeast — that means I am operating sometimes on the fly, off a laptop during things like hurricanes without any electricity and spotty wi-fi. Adobe fails me during such situations.